We were amazed at every one of our performers at the 2018 Steinway Competition. All 36 students came prepared to play and share their music, and all of them should consider themselves winners. The hard work and dedication put forth by the teachers and parents to prepare the students for this competition was also immediately apparent with every performance.

We are happy to announce the winners of the 2018 Steinway Competition:

Our congratulations go out to you! The Steinway Competition Winners’ Concert & Award Ceremony will be Saturday, July 21 at 6:00pm at Steinway Piano Gallery. The first, second, and third place winners of each division will perform and all winners will receive their awards. We would like to invite all our Steinway Competition contestants to join us as we honor all contestants. 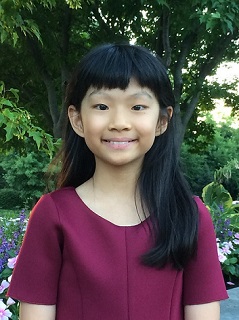 Besides piano, Catherine’s favorite activities are art, math, and swimming. 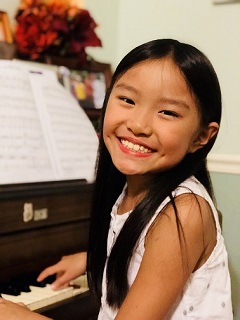 Lillian Chen is 9 years old and will be in the 4th grade at Pierremont Mosaics Academy for Gifted Children in the Parkway School District. She has studied piano for two and a half years. Lillian was the first place trophy winner for “Piano Solo” in 2nd grade, and the gold medal/second place winner for “Piano Solo” in 3rd grade at the MMTA State Piano Competition. She was also the first place trophy winner for “Piano Ensemble” in both 2nd and 3rd grades in this event. In addition to piano, Lillian plays violin and enjoys drawing and reading. She studies piano with Laura Schindler of Richmond Heights. 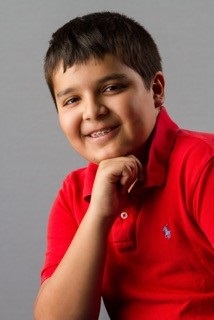 Devin Datta has been playing piano since he was 4 years old. He has been a student of Yulia Rife since that time. He started playing as part of a music group at Chesterfield Montessori School and soon was immersed in what has become a true passion for him. Devin not only enjoys music, but also has interest in the performing arts and has had leading roles in major plays at school. He has been a participant of multiple recitals over the years and for the first time participated in the Missouri Music Teachers Association State Competition last year, where he received a rating of 1. 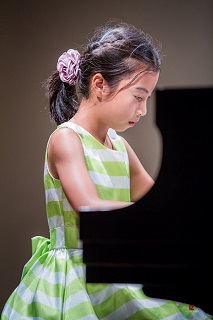 Cindy Yan is 11 years old and will be in the 7th grade at Ladue Middle School. She has studied piano for six years. In 2015, Cindy was the first place winner in Division I of the SIU-Edwardsville Young Pianist Competition and, in 2016, she received second place in this event. Also in 2016, Cindy played music of Bach, Haydn, Mozart, Mendelssohn, Debussy, and Cuellar in her debut solo recital at Steinway Piano Gallery. In 2017, she made her orchestral debut with both the University City Symphony Orchestra and with the Belleville Philharmonic, performing the first movement of the Haydn D Major Piano Concerto as a winner of their concerto competitions – the youngest student ever to do so.

Cindy was the first place trophy winner for “Piano Solo” in kindergarten, 1st grade, and 4th grade in the MMTA State Piano Competition. She also received first prize in the “On-Line Piano Competitions” in her age group, featuring “Best Debussy Performance” and “Rising Talents of Americas.” Most recently, in April 2018, Cindy was the second place/silver medal award winner in Division I of the prestigious SLAMTA Young Artists Piano Competition. In addition to piano, she plays violin and enjoys tennis, swimming, math, and reading. Cindy studies piano with Laura Schindler of Richmond Heights. 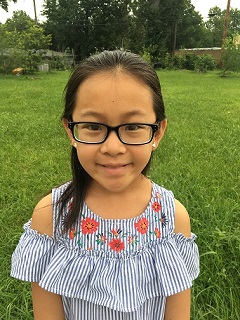 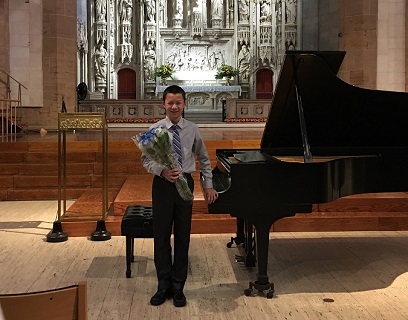 Alex Chen, age 13, is a 7th grader at Crestview Middle School in St Louis, Missouri. Alex started piano lessons at age 5 with Grace Yin. He has been studying piano with Zena Ilyashov since age 8.

Alex was one of the four winners of the Stars of Tomorrow Belleville Concerto Competition and will perform Schumann Piano Concerto in A minor, first movement, with the Belleville Philharmonic Orchestra in October 2018. Alex has been awarded the Steinway Piano Scholarship for the 2017-2018 academic year at Community Music School of Webster University. In 2017, Alex won the alternate at the MTNA Junior Piano State Competition. Alex was the gold medal winner of 2017 St. Louis Young Artist Piano Competition of Division I (grade 6-7). In the same year, Alex won first place for Best Beethoven Performance and Best Tchaikovsky Performance at the Great Composers Competition. Alex was a three-time winner of the Missouri Music Teachers Association State Piano Competition from year 2013 to 2015.

During the summer, Alex often attends music summer camps to expand his horizons. He participated in Webster University’s Chamber Music Encounter for three summers from 2013 to 2015. In the summer of 2016, he received a partial scholarship and attended two weeks of summer camp at the International Institute of Young Musicians at Kansas University. 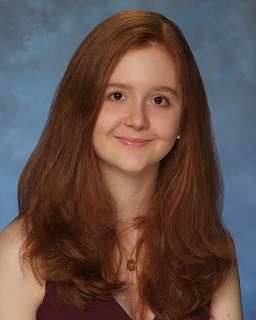 18-year-old Alexandra Rice is a rising sophomore at Princeton University and studies with Dr. Margaret Kampmeier from the Manhattan School of Music. She was previously a student of Zena Ilyashov in St. Louis for 10 years. Her most recent achievements include first prizes in the 2017 St. Louis Area Music Teachers Young Artist Competition and 2016 U.S. New Star Etude Competition, and being named a finalist in the 2016 Midwest International Piano Competition. She is also a G.A., Jr. and Kathryn M. Buder Foundation Scholarship recipient, and has twice performed live on Kansas Public Radio. In addition, she was elected the 2018-2019 Music Director of the Princeton Pianist Ensemble, an ensemble of 40+ members. In her free time, Alexandra enjoys dancing ballet, writing poetry, and spending time with her family and friends. 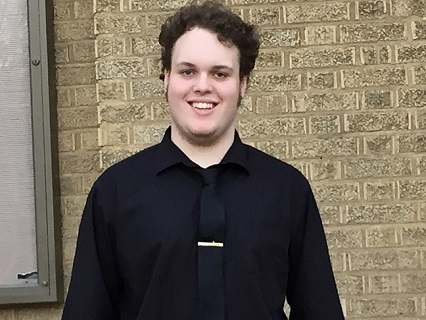 David Prudent, of Zeigler, Illinois, is a winner of the 2018 Steinway Piano Competition. An active musician, he also holds top prizes and awards from such prestigious organizations as the Illinois High School Association (2015-17), the Illinois State Music Teachers Association (2013), and Southern Illinois University Carbondale (2012).

He is attending SIUC on the Steven Barwick full-tuition Piano Major Award, and studies with Dr. Junghwa Lee. Since 2011, he has participated in over a dozen masterclasses with world-renowned Steinway Artists (most recently, Orli Shaham and Sandro Russo) and university professors.

He has performed with members of the Chicago Arts Orchestra, Southern Illinois Symphony, Paducah Symphony, Southwest Michigan Symphony, and Roanoke Symphony, and, since 2013, regularly competes and performs in the Chicago and St. Louis areas. 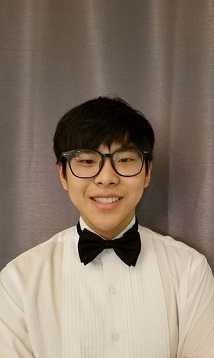 Ryan Kee, age 16, is a student of Eunsil Stevenson in St. Louis. He has been playing piano from the age of 5 and is devoted to his musical work. Ryan has also been playing the violin since the 3rd grade. He enjoys studying sciences and mathematics at school in subjects like physics and chemistry. Ryan is especially inspired by the works of Chopin and is enthusiastic about any genre of music for the piano.

Have all your questions answered — by phone or email.

Get the latest from Steinway Piano Gallery Saint Louis.